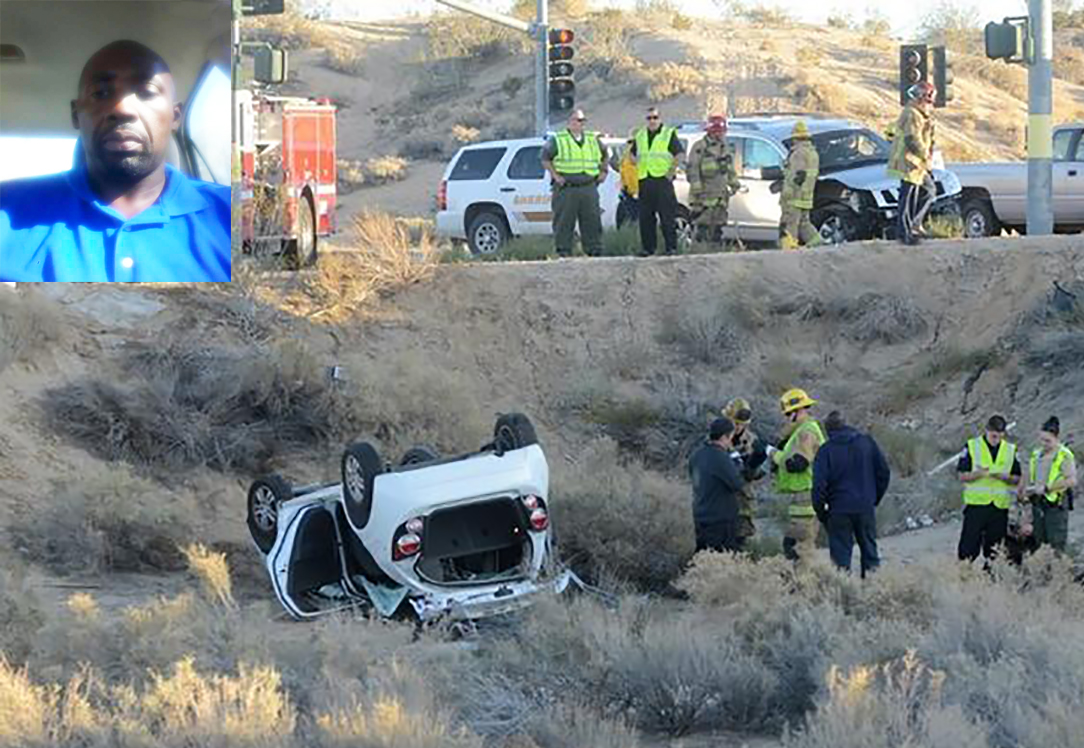 Posted at 03:00h in News Around The World by Derrick Dzurko 0 Comments
54 Likes
Share

Deputies received the call at approximately 3:34 p.m. when a large gray Nissan SUV heading westbound attempted to make a right turn at Air Expressway and Phantom East in Victorville and crashed into a small Chevy Spark sedan containing a family of five with their two pet dogs.   John “Chris“Stewart, 52, of Adelanto, said he witnessed the crash and pulled to the side to help the family in the car. 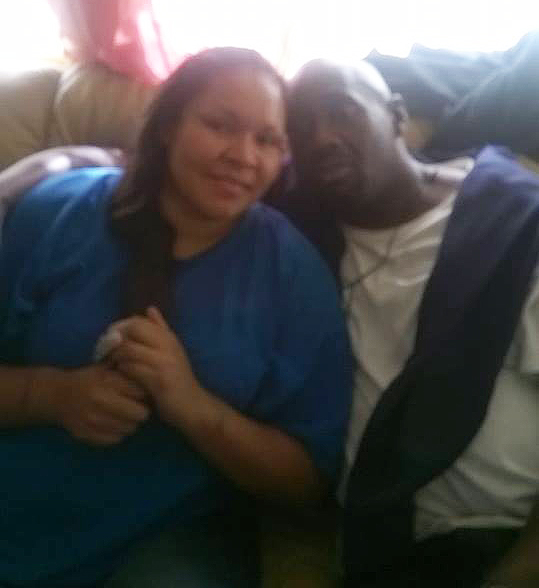 Chris Stewart – many locals know him as the gentle giant, the local mechanic that is always willing to help out his fellow neighbor, steps in action to help a family of five.

According to the Victorville Daily Press – Chris Stated: “I saw smoke coming out of the vehicle and I thought it was going to explode,” My wife Andrena called 911,  I parked my car to the side and ran down the hill and I could hear the mother and the children screaming. So I ripped off the trunk of the car and pulled the three kids out.”

One of the victims Francisco Martinez of Adelanto stated he and his wife were driving home from picking up their three sons from Riverside Prep when the accident occurred. He said one of the two dogs had run off during the crash.  Martinez said he and his family were thankful for Chris’s assistance.

Not many people like John Chris Stewart who is always willing to risk it all to save his follow neighbor, Chris is family man with a beautiful wife and children, his meekness is very uncanny and his smile lights up a room.

Kudo’s to you Chris