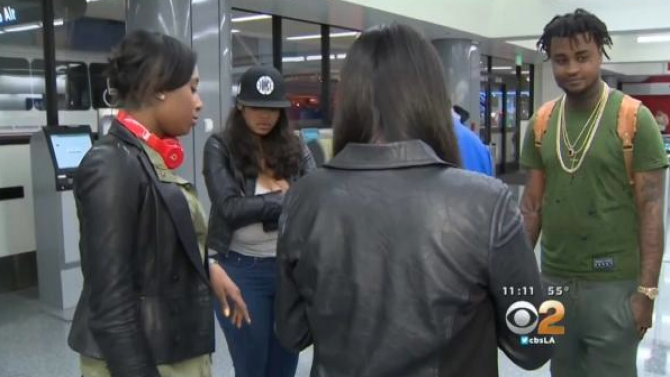 Posted at 09:32h in News Around The World, Uncategorized by Derrick Dzurko 8 Comments
52 Likes
Share

An overbooked seat led to six black passengers being kicked off a Spirit Airlines plane at Los Angeles International Airport Monday, and those passengers are claiming discrimination.

“I’m really humiliated, just for the simple fact that you hear about this type of stuff happening in America, discrimination issues and stuff like that, but to actually experience it firsthand … ” passenger Alexandria Wright, who was escorted from the plane, told CBS News.

Spirit Airlines has had many complaints about many subjects over the last several years, I witness vomit on a seat of a passenger.  When the passenger complained about it being in the seat – airline personnel told the passenger you can get off the flight if you don’t like our service.

If you have a spirit Airline Story please feel free to post!